“…waste your summer prayin’ in vain for a savior to rise from these streets.”

Voting is okay, Organizing is mandatory, Resistance is essential

Now that Sanders is officially out, the dead end of electoralism could not be more clear. During Sanders bid for the 2020 presidency, he raised a staggering $180 million, including some record hauls. He took in $34.5 million in the 4th quarter of 2019, $25 million in January 2020, and a massive $46 million in February 2020.

While Sanders was awash in money, running a campaign that the Democratic establishment would NEVER let him win, it’s useful to look at what a core element of the Democrats was doing–Unions. The AFL-CIO reduced its organizing budget to about 10 percent of its total budget, while the “Political, Electoral, and Mobilization Fund” accounted for 35 percent of its spending (see Bill Fletcher interview and tables below).

Imagine if the unions and others who gave money to Sanders, and volunteered an immense amount of time going door-to-door, making phone calls, etc. had focused that cash and energy on grass-roots organizing around key issues. Sanders has never in his life been “a movement guy.” He’s been an elected official. He’s never organized people for anything other than a campaign.

Within the current framework of American politics he’s far superior to anyone else, but it’s cringe-inducing to hear people call him “revolutionary.” And in the end he absorbed an immense amount of money and human resources that might have been used organizing workers, stopping environmental destruction, demanding access to health care, access to contraceptives and abortion….you name it.

If you want Medicare-for-All, then go after the people who get rich of of the failed American medical system–the politicians who protect it, the CEOs of health insurance companies, the hospitals, big pharma. Blockade offices, block traffic, don’t pay your bills, sit-in at points of operation, boycott businesses that profit off of the medical system. There’s a lot you can do, and it doesn’t take immense numbers to do it, or you can wait for politicians and the ACLU to do it for you–in the face of GOP elected officials and GOP-appointed judges.

The strikes we’ve seen the past few years from teachers all over, including in many Red states, and the more recent national wave, including wildcats, due to COVID-19, are encouraging, even inspiring. While it’s nice to have politicians to enable unions, the reality is that the AFL-CIO has spent a fortune on the Democrats for decades now, with virtually nothing to show for it. Labor has to use its resources wisely, and aggressively, and be more than simply an ATM for the Democrats to use every 2 or 4 years. And the math is simple–getting more people to join unions brings empowerment as well as revenue so spending more on organizing and less on politics, more on getting people to join unions rather than pouring money into the Clinton and Biden campaigns, will bear greater fruit.

If people vote, that’s great. No one should try to dissuade people from voting. But electoralism…that’s a dead end that plays into the hands of the ruling class.. Not just Trump and the GOP, but Pelosi, Schumer, Perez, Biden and the DNC benefited from the obsession on Sanders. People poured their hearts, and money, into Bernie, and didn’t pour that into other issues on the ground.  And now Sanders, and his supporters, are in the position of either supporting a dreadful Democrat for president or, as in 2016, being blamed for his loss.

In a great study of shoemakers in Lynn, Massachusetts in the 19th Century, the historian Paul Faler wrote about the political and cultural environment in Lynn that caused the shoemakers to move from a militant form of unionism to relying on elected officials to take care of their interests. And his conclusion still means something–for the shoemakers of Lynn, the suffrage box was a casket for workingmen’s causes. 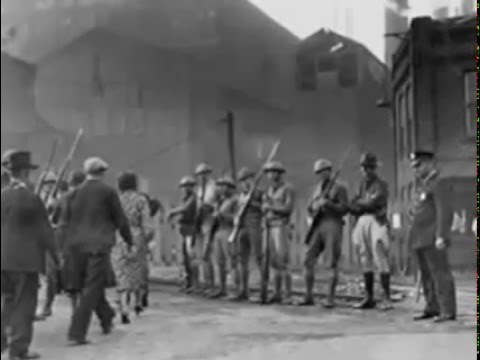